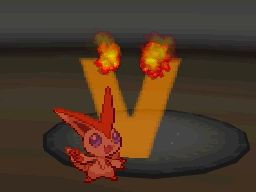 Above: Whichever version you choose,pick the girl trainer. She's way cooler looking than the boy this time

Pokemon Diamond / Pearl? Yes. We miss the Poketch, but Black/White offers a more robust experience overall than Diamond/Pearl. The graphics are superior, it has more multiplayer support, and it has way more post-game content. It feels like what Diamond and Pearl could have (or should have) been – a Pokemon game that stays true to the series while fully utilizing the DS hardware. In retrospect, Diamond and Pearl wasn't quite there despite its numerous advances.

Pokemon HeartGold / SoulSilver? Yes, mostly. It's hard to beat the sheer volume of content in HeartGold and SoulSilver, since it contains two full regions and therefore essentially two full games (Gold/Silver plus Red/Blue). Even with the improvements made to the remake though, some of its clunky menus show its age.

The PokeWalker is great though, isn't it?

Pokemon Red / Blue? Yes. Red and Blue will always have a place of honor as the duo that started such a brilliant series, but Pokemon has made giant leaps since then. Anyone who says that the Pokemon series is too stagnant should go back and play the original games to see what a vast transformation it's had over the generations. Graphics aside (which can't be helped), even the core battle mechanics have improved so much since then, and additions like natures and abilities have enriched the uniqueness of each Pokemon.

It may not break the Pokemon mold, but Black/White offers enough new content coupled with the series' classic, deep battle mechanics to make it endlessly playable. If you could only play one game for the rest of your life, this would be a wise choice.