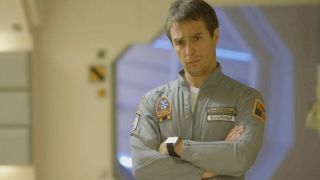 Sundance Film Festival is known for giving independent movies the chance to shine, and this year is no different with films such as Netflix Original Velvet Buzzsaw, The Report starring Adam Driver, and Jacob Estes's Relive set to premiere throughout the festival, which runs from January 24 to February 3. But unless you're heading off to Utah soon, it'll be a while before we get to see this year's offerings ourselves, so, in the meantime, let's take a look at some of the best Sundance Film Festival movies to have come out of the festival in previous years.

While Sundance is predominately known for indie movies, that doesn't mean you've never heard of some of its movies. Reservoir Dogs, Memento, The Blair Witch Project, Moon, and Napoleon Dynamite are just some of the breakout Sundance movies that went on to find popular acclaim and/or cult classic status. When it comes to which films from this year's festival we'll still be talking about for years to come, we'll have to wait and see, but for now, here's the best Sundance Film Festival movies everyone should watch at least once.

The movie: Michael Moore cuts his teeth on corporate greed with this damning portrayal of Roger Smith, CEO of General Motors, in the wake of his decision to close a number of plants in Flint, Michigan, causing widespread unemployment.

After Sundance: Moore had made a name for himself, and would proceed to take on even bigger targets with Bowling for Columbine and Fahrenheit 9/11.

The movie: A musical romance set on the streets of Dublin, Once stars a pair of real-life musicians as, er, a pair of musicians. And surprise surprise, it works! If it sounds too cutesy on paper, it's a far more affecting proposition in practice.

After Sundance: Co-leads Glen Hansard and Markta Irglov won an Oscar for their song "Falling Slowly", and even reprised their roles in an episode of The Simpsons. That's when you know you’ve crossed over!

The movie: Shane Carruth’s ultra-low-budget sci-fi thriller was filmed for just $7,000. Low production values didn’t damage its performance at Sundance however, with the film winning the Grand Jury Prize.

After Sundance: Praised for its relentless originality, the film has since become something of a cult classic. If you think you’ve got it fully worked out, by all means write to us and explain.

The movie: Richard Linklater’s cross-cultural love story pairs Ethan Hawke with Julie Delpy for a 24-hour jaunt around Vienna. Heartfelt, moving and cool, it's a cut above most of the sickly pap that passes for romance in Hollywood.

After Sundance: Often mentioned in all-time lists of movie romances, Before Sunrise spawned a well-received sequel in 2004, Before Sunset, and became a trilogy in 2013 with Before Midnight.

The movie: Despite the reputation associated with the ensuing franchise, James Wan’s first Saw movie is a relentlessly inventive and pleasingly mean-spirited thriller with a killer twist ending. No wonder Lionsgate snapped it up at Sundance before the film had even premiered.

After Sundance: The film made over $100 million worldwide and spawned seven sequels (and counting) of steadily decreasing quality.

The movie: Jared Hess’s debut feature, Napoleon Dynamite is a divisive film. For every Vote For Pedro t-shirt sporting fanboy there are an equal number of people left cold by the films ultra-laconic weirdness. Still, there was certainly no ignoring it back in 2004.

After Sundance: The film made nearly $45 million (on a budget of $400,000) and became a cult hit amongst its many devotees. Mind you, there are still plenty who remain baffled by its success.

The movie: Rian Johnson neatly transposes a classic film noir storyline into the unusual setting of an American high school in his directorial debut. Joseph Gordon-Levitt stars as a teenage outsider attempting to solve the murder of his ex-girlfriend.

After Sundance: It's not an immediately accessible film, but Brick still did reasonable business at the box office, turning a profit on its small budget. Meanwhile, Johnson scored enough critical clout to cross over to the mainstream with The Brothers Bloom and more recently, Looper.

The movie: Mark Ruffalo and Laura Linney dazzle as the siblings who grew up without parents in Kenneth Lonergan's small-town drama. Almost universally loved by critics, it tied for the Grand Jury Prize with Girlfight.

After Sundance: Linney was nominated for an Oscar, as was Lonergan for his screenplay. Made for just $1.2 million, it took around ten times that amount at the box office.

The movie: An enthralling crime saga lifting the lid on Melbourne's seedy underbelly, as Jacki Weaver presides over a family of neer-do-wells who find their loyalties divided when one of their number decides to go to the police.

After Sundance: Weaver netted herself an Oscar nomination, while Ben Mendehlson and Joel Edgerton would establish themselves as serious Hollywood stars, the former particularly impressing as the terrifying Pope.

The movie: 2012's breakout hit, Beasts of the Southern Wild tells the story of six-year-old Hushpuppy, who finds herself growing up at speed when melting ice-caps flood her Bayou community.

After Sundance: The film won four Oscar nominations, including one for child star Quvenzhan Wallis, the youngest ever nominee in the Best Actress category at just nine years of age.

George is GR's resident movie news person, based out of London. He understands that all men must die, but he'd rather not think about it.