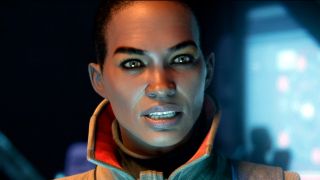 You missed out on a lot of Destiny 2 info if you didn't catch the gameplay reveal livestream. But don't worry, because Bungie and Activision have uploaded three featurette videos detailing the highly-anticipated sequel's story, planets old and new, and how social systems like clans will function.

First up, here's how and why you'll be fighting the forces of evil (or at least forces of not-niceness) in Destiny 2:

Next, a tour of the European Dead Zone, Titan, Nessus, and Io. Sidenote: Nessus looks super-cool. I really dig the bright vegetation clashing with Vex architecture.

And last but not least, for all you lone wolves looking for a pack, Destiny 2 is bringing a new suite of social systems to the table. Meet Clans and Guided Games:

If you're really bent on seeing the information as it was originally presented, check out our Destiny 2 gameplay reveal recap. Or at least watch Zavala get murdered a few times.