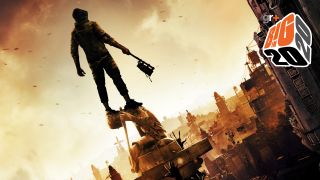 It would be easy – maybe too easy – to dismiss Dying Light 2 as just another post-apocalyptic zombie game. But whilst Techland's hotly-anticipated (now arriving at an indefinite time in the future, following this week's news that Dying Light 2 is delayed) sequel embodies many of the tropes we've come to understand so well, this universe is so, so much more intricate than that. And that's why we think Dying Light 2 just might be one of the industry's most thoughtful and compelling RPG experiences to date. Ever.

For all the Good Cop/Bad Cop choices in games like Mass Effect and Dishonored, it's curious how some might have missed the complex morality woven throughout Dying Light 2. For every choice you make, there is a rejection. For every positive, there is a negative. And though the selfish survivalist is often a guise we wear well in games, particularly in those of this ilk, it's unlikely to be sustainable for long. Because when push comes to shove – and by shove, yes, we mean being physically jostled by the undead hordes around you, baying for your blood – how far would you go to survive?

Big ambitions are hard to achieve

We spend a lot of time in scarred, scorched worlds in video games, their landscapes battered and broken, their people more so. We've endured deadly pandemics and zombie swarms and withstood the unsettling scrutiny of enemy factions sizing us up that – more often than not – also end up baying for our blood, too. But it's the judgments we make along the way, both big and small, that imbue Dying Light 2 with a meaningful sense of accountability and consequence.

"We started with a single sentence that we hoped would express the meaning of the game, which is: People will do anything to survive, but they won’t survive if they only think of themselves," creative director, Tymon Smektala, explains. "This focuses on the idea of choosing between being selfish and being collective, choosing between your own needs and the needs of the people."

But while it's tempting to presume many players would easily shrug off the shackles of humanity – the soft, delicate parts of humankind that recognises that sometimes we must sacrifice our own comfort to better serve the common good – it seems most folks, even in the expansive virtual playground of a post-apocalyptic RPG, are inherently kind.

We're not talking about binary, tokenistic dilemmas, either. Sometimes your choices are momentous – who lives? Who dies? – whilst others are decidedly less so. Do you stay with an injured NPC, or should you do as he asks and crack on with your mission? Should you immediately incapacitate this unsuspecting delivery driver, or will that inadvertently thwart your attempt to infiltrate an enemy compound? But what if sparing his life now leads to fatalities further down the line?! Decisions, decisions.

"Almost every decision you make creates a different game with different abilities, different tools, different things in the environment that you can interact with," Smektala said. "I think there’s something extremely empowering in being able to really shape the world around you. You really feel like a master of this world."

Everything about this sequel is bigger, better, and bolder than before. There's more to do, and more places to do it in, with a map four times the size of its predecessor that's begging for your exploration. It promises so much content with so many divergent paths that Techland insists you can't possibly see it all in one playthrough.

The snapped steel and rusted ruins of once-glorious buildings pierce the sky, and each of those crumbling towers is yours to conquer, your parkour skills – now bolstered by a paraglider as well as your trusty grappling hook – silkier and more comprehensive than ever before. Yes, it retains its gleeful, ostentatious gore – heads pop off shoulders as a glorious shower of claret rains down on the sun-bleached concrete – and dismemberment looks so weighty and satisfying, we suspect that no matter how enticing your weaponry experimentation, melee combat will forever feel the most gratifying way of dispatching your foes.

Yet as intensely rewarding as Dying Light's combat will be alongside its jaw-dropping 100-hours of content, Dying Light 2's expansive world will be precisely what you shape it to be… be that good or bad. And if it's the latter, you'll only have yourself to blame; maybe in real-life and your virtual one, too.

"It really makes people think," Smektala insists, reflecting on the impact of the game's decision-making. "I hope that people who see that there’s something wrong about making those kinds of decisions in-game will also think about their decisions in real life."

"If there’s just one moment in the history of this planet where someone remembers Dying Light 2 and makes a better decision in real life then I’d be happy, that would be enough for me."