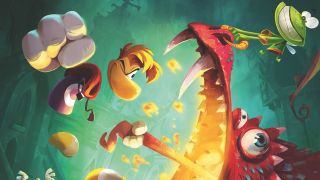 There's no shortage of Xbox games you can play online, but often they'll put you up against faceless opponents with the grace and manners of an orangutan, plus it's not a particularly inclusive experience if you have visitors round. So instead, we've picked out the cream of the local multiplayer crop: ideal to play with friends and family, without having to go online and get told that your mother looks like a potato.

Perhaps not the most obvious choice, but Rare Replay, which comes with a selection of Rare’s finest works, is full of nostalgic experiences that could turn your party into a big old reminisce-fest, if your friends are that way inclined. These 30 games include the wacky racer R.C. Pro-Am II, quirky, charming platformer Banjo-Tooie, stealth-shooter Perfect Dark Zero and foul-mouthed squirrel game Conker’s Bad Fur Day, which can be played by up to four players. There’s also the possibility of taking turns on the devilishly hard challenges – like Battletoads’ speeder bike level – until one of you wins, and is crowned Greatest At Old Video Games.

Some party games are exercises in frustration and tests of friendship. Chariot is a two-player game that is exactly those things – you have to work as a team to get a coffin through increasingly difficult and treacherous platforming levels. It’s deceptively pretty, but the main way you’ll be lugging that coffin around is using ropes and physics, AKA the most ineffective way of doing anything. What makes it great for parties? It’s quick to pick up and hilarious when you get it wrong (which you will), and you can always swap in players when someone messes up so that everyone gets a turn.

Octodad can be played by up to four people at once – a usual gimmick for party games, except this time you’re all controlling the same character, who just happens to be an octopus masquerading as a regular human dad. Two of you control his arms, and two his legs, and it’s up to you as a team to help him do regular human dad tasks, like putting on a tie, picking up various dad-related objects and going shopping for the weekly dinners. It’s a lot like a three-legged race, but with a lot more legs and a lot more people, and the outcomes are usually much more entertaining than a scraped knee and a crying child.

As an old staple of gaming parties, Rock Band 4 is an obvious choice to put on when you have friends round. When you were younger, you always wanted to start a band with three of your best friends, right? Except none of you wanted to be on bass. Well, tough. One of you will have to be on bass. There are a number of ways you can do this – you can have fun just messing around, or you can go all-out by dressing up in your most punk-rock outfits, and thrashing around like you’re actually on stage warming up the crowd before Metallica comes on. Wait, is listening to Metallica still cool? Can we fact-check this?

“But Lego games are for children,” you say. “And all you ever do in them is smash things up.” Well, hush. Lego Marvel Superheroes is one of the best Lego games of all time. Actually, it’s one of the best superhero games of all time. It’s only for two players, but the levels are short, if you want to run through the story mode. What’s even more fun, though, is flying around the city, finding secrets, seeing the sights and just playing around with the game’s physics, vehicles and mini-game challenges. It’s a more relaxed game, for a more chilled-out party, but if that’s your vibe, it’s excellent fun.

Up to four players can mess around on Rayman Legends, which is one of the most creative co-operative platforming games you’ll ever play. Clever puzzles and level design will require top-notch teamwork, so maybe don’t play this with people who don’t take instructions well – look, you know your friends and family better than we do – or with people who don’t work well in groups. In fact, maybe just ask everyone to submit a CV before you invite them to play this one. On top of the platforming, there’s also the excellent mini-game, Kung Foot – it’s basically football, but far more fun (just try not to kick any fragile household ornaments).

Yes, this game is as exactly as weird as it sounds. And we love it all the more for that. If you’re not aware of it already, Mount Your Friends is a game in which men in speedos with full-on wang physics climb on top of a goat, and then each other, until one of them falls off. Sound like fun? It should. Even though the game is pretty simple, and weird to comprehend (who came up with this?), there’s still a certain charm to it. Whether that’s because it’s just difficult enough to encourage a sense of intense competition or simply because it’ll make you yell things like, “PUT YOUR HAND ON HIS NIPPLE! HIS NIPPLE!” is up for debate. It’s probably a bit of both.

As its title handily suggests, this game is all about narwhals in space, and has the aesthetic of an ‘80s-esque vapourwave music video. Also, the narwhals have hats! And you have to stab each other in the heart with your nose-horns! How could you not want this? Starwhal is a little bit kitschy, but in a lovable way, and the almost impossible task of controlling a narwhal, which is about as difficult as trying to teach a slug to dance, means that no one’s ever really good at this game. Everyone’s just flailing about trying to not die, which means you all stand about as much chance of winning. Yay! Equality for you and all your friends!

How can you resist something that calls itself a Dodgeball Adventure? You don’t, that’s the easy answer. Stikbold is a ‘70s themed, arena-based dodgeball game, in which the aim is to take out your friends with your stunning dodgeball skills. Wait, dodgeball’s easy-peasy though, right? WRONG. It’s actually an artform. In Stikbold, it’s not just about throwing a ball – it’s about dodging, catching, aiming and timing. If you get it just right, you can nail someone with a perfect, one-hit KO power ball, and that basically makes you king or queen of the party all night, even if you did forget to bring snacks.

A bizarre choice, perhaps – and it definitely depends on the kind of party and the right sort of crowd – but a bunch of people playing Minecraft together is just a lovely time. Maybe you collaboratively want to build a house, or perhaps you’d rather take on some enemies together, explore other people’s servers, or even just see who builds the best thing in a limited amount of time. Okay, so there’s always that one guy who wants to build a shrine to his own face or a 10-foot-tall phallic statue in the middle of a field, but that just means you know not to invite him to the next party.

Fast-paced, uncontrollable and infuriating: these are obviously all the things you want a party to be, right? GOOD. Peggle 2 is all of those things, and more. So much more. You fire a ball into a bunch of pegs, and as it ricochets around the place, you gain points. There are points for hitting certain targets, hitting special pegs or for getting your ball to go into the basket at the bottom. Did we mention it’s uncontrollable? Because it is. Once you’ve fired, there’s no going back. You have to watch as you and your friends gain points for basically no reason. It’s maddening! But nothing feels better than firing your ball and seeing all your points accumulate.

Lovers In A Dangerous Spacetime

What’s that? Maybe you don’t want to play something that makes you angry at all your friends. Ugh, fine. Try Lovers In A Dangerous Spacetime – a sugar-sweet, neon-coloured co-operative game for up to four players in which the goal is to pilot a spaceship and rescue bunnies. Awww, sweet. Well, actually, it’s pretty terrifying too, with waves of enemies, bad team decisions and four people screaming at each other in a room. Shouting “Man the cannons! Fire the laser! MOVE THE DAMN SHIELD!” can be pretty tense, even if it is super cute.

Football! But with cars! Okay, sure, it sounds like something an eight-year-old would write in their homework diary, alongside other drawings with captions like “what if dinosaurs had jetpacks” and “here is the English teacher on fire”, but Rocket League takes that concept and absolutely nails it. It’s so much fun. There’s nothing more satisfying than slamming in that goal, and then getting it played back in slow-mo as you make smug faces at all your friends. You might all start off being absolutely terrible at it – and that’s okay! Every footballer/car/car footballer had to start somewhere, and in no time you’ll have reached the, er, Football Champion Ball League? I’m not very good at football. Sorry. (I’m the boss at Rocket League, though.)

Overcooked is a game that makes no sense, and it’s great. Up to four chefs in one kitchen – sure, that happens sometimes – having to make endless bowls of soup – yeah, okay, maybe it’s a soup-only restaurant – while the counters move, rats steal the food, things catch on fire and sometimes you’re on a truck, or ice, or something equally ridiculous. Head-trip, much? It’s fast-paced and incredibly difficult to get right, but there comes a point where you and your team just click, and you’ll whizz through levels with the calmness and poise of whatever the opposite of Gordon Ramsay is. Soon you’ll have formed an unspoken, unbreakable bond between one another, to the point where actually cookery can no longer satisfy you.

If we’re allowed to include Rare Replay on this list, then we have to add Jackbox Party Pack to the mix. This includes trivia game You Don’t Know Jack, bluffing game Fibbage, fill-in-the-blank game Word Spud, fib-finder Lie Spotter and the all-time favourite, Drawful, which pits you against your friends in a hilariously difficult drawing competition. If you love this, there’s so much more to discover, as there’s also a Jackbox Party Pack 2 and 3. You can have a party almost every week and still have a new game to play with your friends! You’ll be the coolest person ever. (Or maybe the dweebiest, most manically obsessed one, I’m not sure.)

Jackbox is everything you love about party games, but BETTER. Trust me on this one. Also, even though most of the games are for up to eight players, which seems like more than enough without swamping your living room with screaming, flailing friends, Lie Swatter can have to 100 players! Who even has that many friends?! Jackbox, you are seriously jacked-up.