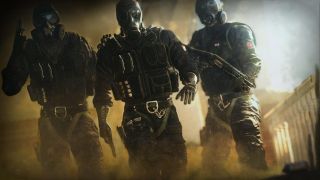 Among the numerous shooter games out on the market, Tom Clancy’s Rainbow Six Siege is easily the most tactical and strategic of them all. Featuring an extreme emphasis on planning, team coordination and communication, and having an acute awareness of your surroundings, you won’t find a more intense and realistic first-person shooter experience anywhere else. Here’s a breakdown of everything that makes Rainbow Six Siege special – and why the game is only going to get even better as time goes on.

Gameplay: Defining what it means to be a tactical shooter

Rainbow Six Siege pits two teams of five players against one another in high-stakes engagements where one side has to defend an objective, while the other needs to assault it. There are three objective types: hostage rescue, bomb defusal, and securing an area. Each one poses a unique challenge to both the attackers and the defenders, ensuring that gameplay never feels stale. Before any rounds are even fired, though, both teams engage in a planning phase where players can discuss strategies and use tools like drones and cameras to try and find where the enemy is, as well as what their plans are. This sets Rainbow Six Siege apart from other tactical shooters, as none of them even bother with strategic pre-firefight planning phases.

Once the shooting starts, though, the unique qualities of Rainbow Six Siege’s playable characters, the Operators, come into play. There are over 50 Operators in the game, and every single one of them comes with a special set of weaponry, gadgets, and abilities that have strengths – and weaknesses – in the heat of battle. For example, the heavily-armored Rook is a valuable defensive Operator who can provide teammates with special armor plates and who works well when holding a position, but is a poor choice for roaming around the map. Thermite, an offensive Operator, can blow through any reinforced walls that defenders may have set up with his special explosive charges. However, he is weak in a direct combat role and has to be played with extreme patience to be effective. Each of the Operators offer players a different type of skill set to learn and master, and while the process of learning each of them is difficult, successfully doing it is incredibly rewarding.

Of course, it wouldn’t be an amazing shooter if it didn’t have amazing maps, and Rainbow Six Siege has those aplenty. With over 20 unique maps, you’ll never feel like you’re running out of interesting and engaging arenas to play in. On top of that, every single one of them features incredibly destructive environments that allow you to execute your dream tactics. Everything from smashing in windows to blowing ceilings out is possible in Rainbow Six Siege, giving you the freedom you need to get the edge on your foes.

On top of the superb gameplay experience, Rainbow Six Siege is also supported by dedicated and passionate developers who are on a mission to make sure the players always have new content to enjoy. Ever since the game’s original launch back in 2015, the developers have added 16 seasons of new content for players that have contained over 50 Operators and 20 maps. The best part? They’re not stopping any time soon.

In addition to the new content, the developers are also committed to making sure that the game is as balanced as possible so that no one Operator feels too powerful. As such, they have routinely developed balancing tweaks over the years to ensure the Rainbow Six Siege experience is as fair as possible. No exploits, gimmicks, or cheesy strategies here; you win with the quality of your teamwork, the sharpness of your mind, and the skill of your aim.

Community: A thriving player base

A game is nothing without players, and Rainbow Six Siege has a ton of them – 50 million of them, in fact, and that number only continues to swell as more and more people are drawn to the award-winning title. The game has a thriving community on content creation sites like YouTube where passionate high-level players share tips, tricks, and guides on how you can get improve your gameplay, and frequent discussion is always happening on sites like Reddit. If you’re ever looking for people to play with, all you need to do is reach out to the community and you’ll find plenty of friendly people to squad up with.

There’s never been a better time to get started

Tom Clancy’s Rainbow Six Siege is an incredibly special game that features amazing tactical gameplay, tons of content with more always on the way, and a massive, active player base. There’s never been a better time than right now to hop in yourself and see what all the hype is about.