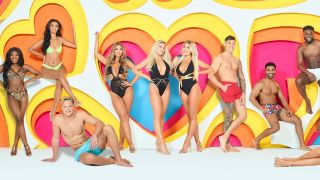 If you're a bit late to the party and want to know how to watch Winter Love Island online for free then you're in the right place. Seven people contestants have left the villa already (one actually quit after just a few days while the overs were dumped) and we're not even at the half-way stage yet.

If you didn't know already, Love Island UK will now have two seasons per year with one in January and another coming back around summer. Winter-time isn't the ideal time to head to Spain, although it'll be a few degrees warmer than it is here in Blighty at the moment, so the producers of Love Island have flown the contestants down to the warmer climate of South Africa. It's almost as if ITV2 didn't believe the show would have the same appeal with their mensa candidates sat around in thick coats and scarfs.

But the great British meeting of minds must go ahead and you can see highlights every night with a 60-minute catchup. In the UK, there is a multitude of options on how to watch Winter Love Island online or on TV without it costing you a penny. If you're outside of the UK on holiday or you live in another country but still want to watch the show, we can help you get around all those pesky geo-restrictions on the online streaming services.

What time is Winter Love Island on?

Winter Love Island can be seen every night of the week at 9pm GMT over on ITV 2 in hour-long episodes.

Expect to find Winter Love Island airing every night at 9pm on ITV 2 for one hour. Be sure to stick around on Mondays as straight after the show at 10pm there's the hour-long Love Island: Aftersun for fresh interviews and audience reactions. You'll be able to see any missed episodes via catch-up streaming after the original airing too of course.

How to watch Winter Love Island in the UK

If you're a fan of previous seasons of the sun-kissed flirty frivolities of Love Island then you'll be able to enjoy Winter Love Island online via a live stream or later repeat in addition to catching up on live TV on the ITV 2 channel.

Away from the TV? There's the Winter Love Island live stream over on the ITV 2 website instead. Or if you're watching on mobile/tablet there's a handy ITV Hub app to download on either Android or Apple devices. If you're watching via the app, be sure to get downloaded and logged into earlier rather than expecting to be able to dive straight in seconds before 9pm like you would on the main website or TV.

Or there's option number three if the official ITV website or apps rub you the wrong way. You can also watch Love Island online at TVPlayer.com (along with loads of other UK freeview channels). It's free, legal and we often find that Love Island (and other shows too) live streams are often running at a higher quality than found on individual channels bespoke apps.

How to watch Love Island if you're outside the UK

Going away for a bit of winter sun yourself but don't want to miss out on the dramz? Or maybe you're a US or Australian fan of Love Island and keen to see how the British version stacks up against yours? Wherever you are in the world, you can witness just why we're so obsessed here in the UK with the absolute best in trash TV.

You could try the options mentioned above, but you'll find that because you're not in the UK, geo-restrictions pop up to block entry. That's where VPNs come in. A VPN (Virtual Private Network) account app enables you to get around this by selecting a country of your choice for your phone, laptop, tablet or streaming stick device to access a world of content not usually available in your nation.

Follow these simple steps to get set up within minutes to get ready to watch Love Island online:

2: Connect the server to the relevant location
So for winter Love Island, that would be anywhere in the UK. A London server is usually the default, but you can pick any of the British city suggestions it offers.

3: Head over to TVPlayer.com
This free service is a nice legal way to enjoy live streaming Love Island tonight at 9pm (GMT).