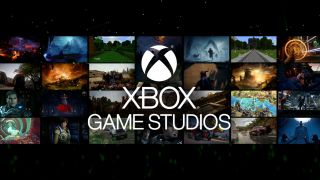 Microsoft is in a fantastic position going into 2020. Xbox Series X is expected to launch in the next 12 months, Game Pass continues to establish itself as one of the best services of the generation, and early impressions of Xbox's cloud-streaming service, xCloud, are positive. Still, it's the medley of studio acquisitions and new game announcements that have really turned a few heads ahead of the next generation.

To get some insight into Microsoft's strategy heading into the new year, GamesRadar+ sat down with Matt Booty, head of Xbox Game Studios, to get a better sense of what we should expect as we inch ever closer to Project Scarlett.

Xbox Game Studios' portfolio now includes 15 first-party studios – seven of which have been acquired since 2018, with a further two built from the ground up. How is Microsoft delivering on this growth as we head into 2020?

Matt Booty: You know how a nuclear reactor works, right? You take all of this Uranium, put it together, and then at some point it starts to just spontaneously put off energy, right?

When we think about these 15 studios that we now have… we've been on this journey of working with new creators and we've been on this journey to bring them all into the fold. You wake up one day and realise that you have reached this critical mass; that this nuclear reactor is beginning to glow. The question now is how do we now make sure that we can get behind that and use it to deliver going forward?

I'm sure if you were to ask our readers, they would say something along the lines of 'more first-party games, please!'

Matt Booty: We feel really good heading into 2020. We've got a goal of being able to deliver a game, roughly, every three to four months. We have a little bit of work to do to get there. It'll be lumpy, but we’re closer than we were. And so we feel really good going into 2020 – and the run-up to Project Scarlett – with our content line-up.

Has Microsoft's strategy changed with respect to investment in first- and third-party studios? It feels like Microsoft has shifted towards the former from the latter as this generation has wound on.

Matt Booty: I think we've certainly felt more confident and proud to be able to talk about first-party lately. However, I think it's super important to remember that content comes under Xbox through three avenues. So there is Xbox Game Studios; that's our first-party. There's our third party, and we have got a tremendous volume of content coming in through third-party partnerships – and that includes things like we announced at X019, with series like Yakuza, Kingdom Hearts, and Final Fantasy coming to Xbox. And then there's this third avenue of content, which comes in through ID@Xbox; I'm always amazed by ID@Xbox, they put up these montage trailers that go on for like 20-minutes [laughs]. I'm blown away by the success that we've had with that programme.

I don't think there's been a shift… no one, at least in Redmond, would say: 'Oh, we've shifted from third-party over to first-party.' Sarah Bond, who leads our third-party team, is out there day in and day out working with our third-party partners. If you were to sit in a meeting back at Redmond, I think you would hear an equal amount of talk about first-party, third-party, and ID@Xbox. We take that altogether as our content stream. I think it’s just that, lately, we felt a little more proud about talking about what we’ve got going on with first-party.

It's been great to see studios like Obsidian and Ninja Theory announcing new titles so quickly following their acquisition. How is Microsoft working with these studios to minimise disruption and get projects out the door and off the ground?

Matt Booty: I think there's different categories, right? So, with something like The Outer Worlds, that was a game that has taken obviously multiple years to come together – it was, for most intents and purposes, wrapping up as we completed the acquisition. What I say to Obsidian is: 'Congratulations. Great work. We're glad that the acquisition didn’t cause any hiccups in that project.'

We've been able to say, 'Wow, this thing looks great! You know what? Let’s settle into it. Relax and take the time you need. Let's make this thing cool.' [...] If you were to talk to Brian, he would talk your ear off about how we’ve been able to come in and help them parse that out.

Oh, he has definitely already done that already!

You mentioned that there would be more game announcements before the end of the year. What's behind the decision to continue revealing new projects, and supporting Xbox One, with Project Scarlett set to launch Holiday 2020?

Matt Booty: It's interesting you bring that up. I think we want people to feel comfortable investing in Xbox. And whether that means that this holiday you're going to go buy an Xbox One S or next fall you’re going to go buy a Scarlett – you're going to feel comfortable either way. And that content library that you invest in is going to go forward [with you], so that you don't have to feel like you're making a choice between generations, right? I think that's really important to us.

When you talk about the content library moving forward with you, could we reasonably expect that Project Scarlett will have the largest launch line-up of any Xbox system?

I love that you phrase it that way, and I think that's how we think about it. We want – when you invest in Xbox – to know that you're bringing that legacy content library with you. It's why we think we’ve got an advantage with Project Scarlett, because our goal is that any game that runs on an Xbox One will run on Scarlett. You're not porting to a different operating system; you're not porting to a different graphics API; you're just running an Xbox game, right? So we hope that that’s a big advantage in terms of our initial content library.

We should assume that titles like Grounded, and any other first-party Xbox games that are announced before the end of the year, will be playable on Project Scarlett?

Does that go for third-party titles too?

Matt Booty: Third-party titles – I can't... I don't want to answer for them, because they may choose to do some different things. That's why I think it’s so important that we have Xbox Game Studios, because it allows us to take content that predictably and consistently will line up with our other services, and line up with our hardware. It means that the fans who invest in Xbox have something that they can depend on, in terms of their content and hardware.

Microsoft established a new first-party studio called The Initiative back in 2018 and we're yet to learn what it is working on. Is The Initiative on the back-burner while…

Matt Booty: It's not on the back-burner! [laughter]

Matt Booty: It probably does to you. But it's not on the back-burner; If you saw the amount of email I get...

Would you say that The Initiative is being positioned as a central pillar of the Xbox Game Studios structure, alongside the likes of 343 Industries, Playground Games, Rare, and The Coalition?

Matt Booty: There are things that you can know publicly. First is, we've been pretty open about some of the talent that we've hired – it's really senior, experienced talent that comes from a AAA background. I think they are attracted to what Darrell Gallagher is doing there. He's got a great pedigree and I'd just say: Stay tuned! That's something we're going to be talking about more as we go forward. We're in a great position – we don't have to talk about everything today.

Just as we're wrapping up, do you think I'll be sat at home playing Halo Infinite on Scarlett this time next year?

Matt Booty: Errr, what is the da—

For more information on Microsoft's upcoming console, why not get yourself up to speed with everything we know about the Xbox Series X specs.