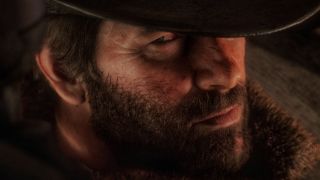 If Red Dead Redemption 2's PC version has given you problems since it launched last week, Rockstar has an update, apologies, and even a little gift for you. It even has a little gift for you if your game's running perfectly and you've been living the outlaw life nonstop. The studio announced a new Red Dead Redemption 2 PC update that's coming to the game later today in a post on its official website.

Rockstar says the update will fix an issue that could cause Red Dead Redemption 2 to stutter when being played on PCs with "specific combinations of Nvidia graphics drivers, Nvidia GPU cards, and certain CPUs". Rockstar doesn't expect the update to completely resolve the problem, unfortunately, and it could take a few more days for the Rockstar and Nvidia to arrive at a complete solution to the issue.

"We sincerely apologize for this temporary inconvenience and will update you as soon as we have more information to share - we want everyone to be able to experience Red Dead Redemption 2 on PC as we intended as soon as possible," Rockstar wrote.

As for that gift, you can earn it simply by playing the game any time from this week through into the holiday season. Rockstar says it will be a care package for Red Dead Online which includes the Prieto Poncho apparel item for your custom character and a selection of provisions and ammo. Rockstar will share more details about the care package later.

If the Red Dead Redemption 2 PC issues were bad enough to keep you from playing before, you ought to log on after the update rolls out to see if it fixed your issues. If it doesn't, you'll at least unlock the care package for later.

Put your own little care package together to improve your rig with our guide to Black Friday gaming PC deals.