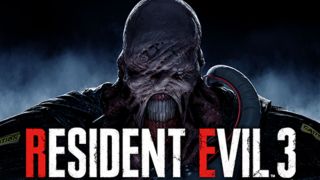 It was inevitable that another Resident Evil do-over was coming after the success of the last one, and that's reason enough for us to put in a Resident Evil 3 Remake pre-order immediately. A Resident Evil 3 Remake trailer was revealed during the year's final State of Play livestream, this is a recreation of the original game built from the ground up for the upcoming PS5 and Xbox Project Scarlett but using the same engine that powered this year's Resident Evil 2 Remake. That means it's packing all-new visuals with greater detail and effects, impressive lighting effects - when we're not creeping through darkness, anyway - and better animations that bring Resident Evil 3 Remake into 2020. April 3, 2020 to be precise. That's when the game releases on PS4, Xbox One and Steam.

If you missed it the first time around, this third entry in the series technically begins a few hours before Resident Evil 2. Racoon City is crawling with the undead, everything's gone a bit pear-shaped, and you're doing your best to escape without becoming zombie food. Unfortunately, a new biological terror emerges to scare the bejeesus out of us and hunt you down. The original was pretty universally praised, so that's enough reason to put in a Resident Evil 3 Remake pre-order.

For those who need a quick refresher, Resident Evil 3 is set amidst the nightmarish outbreak of the T-virus, a biological weapon developed by the pharmaceutical company Umbrella Corporation. The game marks the debut of Nemesis – a towering humanoid bioweapon designed for both brutality and high-functioning intelligence – whose dogged hunt of S.T.A.R.S. member Jill Valentine made him an icon of the Resident Evil series. Armed with an arsenal of high-powered weaponry and wrapped in a black suit to hide his mutilated features, Nemesis will destroy any obstacle on the path to his target.

In terms of 3's relationship with the previous game (and remake), Jill’s escape takes place in the hours leading up to and following the events of the Resident Evil 2. Intense combat and puzzle-solving combine to deliver the heart-pounding final chapter of Raccoon City’s collapse.

We predict all the normal players in the retail game to jump on board the Resident 3 Evil Remake pre-order train, but live links are not spread that far and wide yet: only a couple have appeared, but we'll update this page as and when more become available. The bonuses of pre-ordering now go beyond just guaranteeing yourself a copy and ensuring you're playing on release day however: you'll get an in-game Classic Costume Pack, no matter what edition of the game you pre-order.

The only slightly limiting factor here is that it is exclusive to GameStop in the US and GAME in the UK. Here are the links to get you pre-ordering ASAP.

Pre-order Resident Evil 3 in its simplest, cleanest way with the standard edition. This will still bag you the costume-based pre-order bonus mentioned above and, of course, your very own copy of the game on your desired platform.

Getting the most out of Resident Evil 3 Remake

Naturally, the best way to enjoy you're Resident Evil 3 Remake pre-order is going to be with the most optimal gaming setup as you can possibly manage. This means - given it's only available for pre-order on console right now - you'll want to check out the best PS4 Pro deals and the best Xbox One X deals to get the best out of the game's visuals. To enhance this further, it might well be worth considering one of the best gaming TVs to soak up every detail and shade of those environments as well. And finally, ensure you have a gaming sound system that will fill the room with the game's audio or go for one of the best PS4 headsets or best Xbox One headsets money can buy.