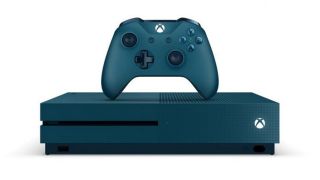 Xbox One has just received one of its biggest updates since it launched back in 2013. If you already have it downloaded and are feeling a bit lost in all the new features, don't worry. We attended a meeting with Microsoft spokesperson Peter Orullian where he helped fill in what you need to know about all the essentials coming along with the revamped interface and new apps.

Microsoft has finally gotten the lead out of Xbox One's system interface. Or some of it, at least. The active game tile now just shows an icon instead of a thumbnail of the live game, freeing up a ton of system resources: "So by taking those resources back, we were able to make our menus snappier – like when I did the Guide button how quickly it would respond – other menu items, launching of apps, the whole thing just became way [better performing] because we use all the resources now for UI elements versus running the emulator," Orullian explained.

There are also the usual design tweaks, and now if you don't have a custom background set, it will change to reflect the game you're playing. Give it a try!

The in-game Guide got a big overhaul and that's most apparent in the customizable new Achievement Tracker. The guide will automatically show you the achievements available in the game you're currently playing as well as progress bars for goals you're currently working toward. You can set certain Achievements as favorites, and even tweak the tracker's size, position, and transparency so you can keep it on-screen as you play the game without it being too distracting.

The Creators Update has several other multitasking-friendly features for the Guide, including in-game Cortana support. The voice assistant can now appear as part of the overlay, letting you access handy tools like alarms, party controls, or music just by talking to your system. It has more readily accessible controls for your background music, too.

Beam is basically Twitch, but faster and built from the ground up with viewer interactions in mind. While there might be a 10 or 20 second delay between the streamer and viewer on Twitch, Beam has "sub-second latency." This, and back-end technology meant to be easily integrated into Xbox games, opens the door for more direct viewer engagement. Orullian offered an example: "We’ve seen these in Minecraft, where the streamer introduces a button to trigger the population of enemies into the server for the streamer to play. So now they’re really interacting in a unique way."

You can use Beam to broadcast from your Xbox One as soon as you get the update. Just pull up the Guide, select the Beam icon (it looks like a little blue and purple CD) and and pick "Broadcast your Game". You can also watch via the pre-installed Xbox One app or by going to beam.pro on your browser. If you're more into pre-recorded stuff, there's also now a 10-minute time limit for manual video recording, up from the old 5 minute limit.

Get this: now you only need to press the Home button once to take a screenshot! No more missing the action just because you couldn't pull off a double-tap in time. The same input will also give you the option to grab the last five minutes of gameplay recording.

More accessibility for everybody

There are some improvements to the good old Magnifier and Narrator, but the really cool new accessibility-minded part of this update is Copilot. It lets you split one player's controls across two controllers, which could be useful for two players cooperating or for making non-traditional controller setups work better for players with disabilities. In case you're a parent and your Xbox One feels a little too accessible, the update also adds a new feature for setting screen time limits on kids' accounts.

Microsoft's on a roll for crowd-pleasing system updates in 2017. Hopefully that momentum will help give Xbox One Project Scorpio, the upcoming extra-powerful console, a strong system-level start.