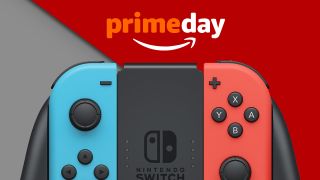 ***Update: Prime Day has finished, and these following deals are no longer active***

Taking place between July 15-16, 2019, Prime Day begins at 12am on Sunday (3am ET) and ends at midnight on Tuesday. This gives us a full 48 hours of offers. If the game you want hasn’t been reduced yet, put it in your basket and check back in later. That way you can avoid wasting valuable time by trawling through every Nintendo Switch game in Amazon Prime Day's sale. The only thing you need to remember is that you need to be an Amazon Prime member to take part in Prime Day. Not signed up yet? Although there are plenty of reasons to join, there’s a 30-day free trial and you can just cancel the subscription after Prime Day is over. In addition, you may want to consider the best Nintendo Switch bundles too, if you don't own the console.