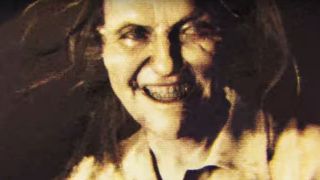 The Steam Halloween sale has gone live, cutting prices on dozens of horror or horror-adjacent games across the catalog. You can see the full selection on Steam, but before you crash through the wall like a slasher movie villain with a chainsaw made out of savings, check out these recommendations straight from our reviewers here at GR+.

"Effectively, Layers of Fear plays like a Gothic PT, throwing in elements of things like The Shining and The Woman in Black. It’s a psychological horror experience that messes with your head in a far more disturbing way than any monster jumping out from behind a curtain (although that is an option here). The imagery is constantly unsettling: art with misshapen faces or monstrous forms, the worst creepy dolls, and an artist’s paints apparently claiming parts of a house in fat, sludgy blobs."

"This is a game about decaying spaces littered with rotting memories of a life gone by; of ichor and threat. It’s a game where standing in a room and looking at the state of things and wondering how it - and its owners - got that way is enough to instil dread. The bodies, gore, and monsters that come later only add to that menace: they don’t make it."

"Combat feels natural and incredibly freeing, as you can hulk out and chuck tables and chairs around with abandon. Or more agile types can mix in the effortless use of alien powers, tapping the left trigger to cause a wave of thrilling devastation. Prey’s weapons aren’t about upscaling to a new, shinier type. They’re about finding the perfect tactic for each enemy, but having improvisation waiting in the wings as your deadliest weapon. When you meet new enemies, that’s when your instincts take over and you use Prey’s weapons inventively. Panic and paranoia, oddly, will help you most. Give in to them."

"You have lockers to hide in, vents to scurry through, and an ever-expanding array of bodged-together flash-bangs, noise-makers, smoke bombs and Molotovs. Even a couple of hard-to-use guns, later on. But none of them is ever the true answer. Because there are no true answers. Every possibility comes with disadvantages. Most are unwieldy and uncertain in their results, and all have the potential to make things worse if they don’t pan out. And they often won’t. Every move you make has an immediate and dramatic effect. Everything’s a ripple in the pond, and nothing ever reverts to a reassuring ‘normal’. It's all monumentally unsettling, made of constantly threatening unknowns. Exactly as real horror should be."

"This is the second game from Playdead, makers of the seminal Limbo, and captures many of the same feelings: an atmosphere of dark disquiet, the instinctive fear of being chased, a loneliness that can be reassuring or terrifying. Inside isn't a horror game per se, but it feels like a vivid nightmare you're compelled to share with others, intrigued by how their interpretation of its ideas and imagery will compare to your own. It's a short, straightforward game, but like a complex film or an enigmatic painting, experiencing Inside will leave you feeling enriched."

The Steam Halloween sale will end on November 1 at 10 am PDT / 6 pm BST. You won't have to wait long for more deals, though: according to the same leak that pinned down the Halloween sale dates ahead of time, the Steam Autumn Sale will begin just a few weeks later. And then it's the Winter Sale, and then no more sales because we'll all already own every game on Steam.