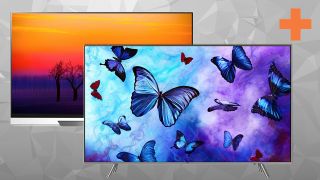 Picking up a cheap Super Bowl TV deal for this year's big game and entertainment bonanza might well be the difference between having a complete experience, and, well, not having it. The Super Bowl is always a hell of an experience; an awesome event for sports marking the pinnacle of the NFL season, as well as attracting millions of entertainment fans too. It truly is a spectacle of the TV calendar. And that means you'll need one of the best Super Bowl TV deals going to ensure your portal into the event is as good as it can be.

With only two weeks or so until The Big Game - February 2nd if you needed a reminder - now is the prime time to see what cheap Super Bowl TV deals are out there from the major retailers as they try and grab the attention of those who want to use the Super Bowl as a vehicle for a TV upgrade. This generally means, you, the customer, wins as prices will be slashed in order to get your hard-earned money through the door. The handful of picks below are our initial picks for great offers you can get for that cheap Super Bowl TV deal you're after, but expect that list to grow as we get closer to the event itself.

And of course, picking up a cheap Super Bowl TV deal doesn't mean you're getting a TV that's primed only for sports. Some of the models we've picked out are also some of the best generally, and also some of the best gaming TVs you can get too - I'm looking at you LG OLEDs and Samsung QLEDs (though that quality is not exclusive to those premium models, of course). Anyway, have a look below and see if any take your fancy, and if not, keep checking back as we'll top it up with the best TV deals going.

Sony XBR75X800G 4K TV | 75-inches | just $1,098 at Walmart (save around $900)
If you want to combine supreme quality with a very large size, this Sony TV will be the one for you. It's truly a treat in every way - and will marry into PS4 owners' setups very neatly - and it is at its lowest ever price right now. The whole range are at good prices now.View Deal

Want to see some more Super Bowl TV deals? Well, head on over to the TV sales pages over at these retailers for a wider selection of discounts:

For console gamers, the 4K TVs we picked are all solid performers too, and would be great when teamed with one of the premium consoles particularly. Check out the best PS4 Pro deals and the best Xbox One X deals you can currently get right not and fully upgrade your setup.

For more advice, don't forget to check out our guide to the best HDMI cable for gaming and the best soundbar for TV.