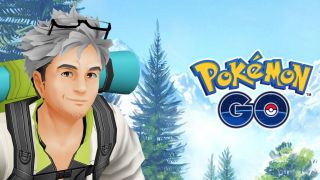 The end-of-year festivities kick off with a new Team Rocket Special Research line called 'A Challenging Development.' This time around, completing the research and defeating Giovanni will give you the chance to rescue Shadow Zapdos. The new Special Research task is live until the end of December.

Monday, December 16 will introduce new Pokemon to the egg-hatching rotation, though it hasn't been revealed which Pokemon they are.

The grass-type gen-5 Legendary Virizion will begin appearing in five-star raids for the first time on December 17 at 1pm PT / 4pm ET / 9pm GMT. You'll have a shot at encountering Virizion until the same time on Tuesday, January 7.

Pokemon Go's Holidays 2019 event will begin December 24 in your local timezone and run through the end of the month. The event will gift trainers with beanies for Pikachu, Raichu, and Pichu, as well as bells for Stantler.

Also boosting merriment are more Ice-types appearing in the wild, including one that's making its debut in Pokemon Go. Some of the familiar Ice-types you'll start seeing include Sneasel, Delibird, and Snorunt, while the newcomer is none other than the adorable Cubchoo.

Check the official Pokemon Go website for a complete list of events, features, and bonuses coming to Pokemon Go in December.

For more ways to have fun on the go, check out the best iPhone games and the best Android games we could come up with.