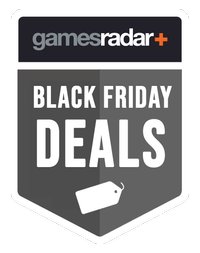 This Black Friday Xbox controller deal is an excellent demonstration of deals we personally look out for here at GamesRadar+. We look out for Black Friday deals on our favourite gear for a few reasons. Sometimes it's to literally buy things for ourselves, but sometimes it's because we're passionate about finding the best products out there at the best price possible. Amazon's Black Friday Xbox deals have this offer live right now, which gets you the lowest ever price for the brilliant Thrustmaster eSwap X Pro controller (just $109.99, was $159.99) - that's one of the latter examples.

In short, the Thrustmaster eSwap X Pro controller is absolutely one of the best Xbox series X accessories you can get and will be a tremendous addition as an Xbox Series X controller or PC controller in its own right. It's incredibly exciting for me as it revolutionises the accessibility of Xbox games. It offers players an incredible amount of flexibility and versatility to be able to play games on Xbox consoles and PC exactly the way they want to or need to - and use the controller's features to gain edges too.

Thrustmaster eSwap X Pro | $109.99 at Amazon
Save $50 - The best ever price on maybe the best ever Xbox Series X controller (so far?). The latter is subjective but the former is absolutely objective - this is a bargain price and the best way to get a seriously versatile Xbox and PC controller into your setup.

Getting to the details of the matter quickly, the eSwap X Pro controller is a wired Xbox and PC controller that has been honed and crafted to offer unprecedented levels of versatility. However, this isn't just accomplished by unlocking the controller's buttons to remap functions - you can also literally change the form of the controller.

The pad has a modular design which means you can replace the D-Pad and sticks at will - letting you shape the controller how you need or want it. This removes a controller's design as an obstacle to gaming. This was a personal barrier for me, but solely because of this controller, it no longer is.

Beyond those of us like me though, the flexibility and versatility of this pad are more than enough for anyone to consider this as a way to gain edges in competitive games, remap controls to uniform their devices, and enjoy the no-latency speed that the eSwap X Pro can offer. For a thorough rundown, you can read my full Thrustmaster eSwap X Pro review to get a deeper insight into how it performs.

So, if you've been waiting for this controller to come down in price, then now is the time strike.

Of course, this is a pretty specialist controller which might not be quite for you. If you're interested in picking up something a little more traditional this sales season then our deal-hunting tech will provide the latest and lowest prices for Xbox controllers below.

The best cheap Nintendo Switch SD cards in 2022: expand your storage for less

The best Nintendo Switch charger 2022: top adapters and power banks to keep you juiced up