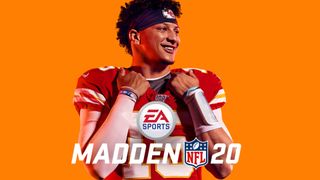 If you've been waiting for some cheap football action there's a Madden 20 Black Friday deal that will net you this years instalment for just $27, saving you an impressive $32.

Madden 20 features fantasy team-building to let you create, lead and upgrade you own team, working your way up from College Quarterback, through College Football National Championship playoffs, the NFL Combine and finally the NFL Draft to face up franchise in a new in a personalized career campaign.

There's a focus on more realistic play this year, including a range of playbooks for each team to add some strategy. There's also the Superstar X-Factor that adds in special abilities you can use.

If Madden isn't your thing then why not try one of these deals because there's bound to be a saving somewhere you'll want to take advantage.

And there's plenty more like all the Black Friday game deals if you want bigger over view of what's on offer.