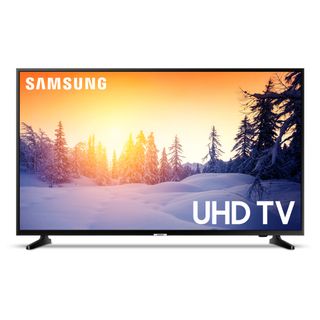 Upgrading to a 4K TV can feel almost impossible, with even the more budget sets having huge price tags. However, thanks to the best Black Friday TV deals, there's some hope that even we mere mortals can afford a glorious Ultra HD TV.

Before Black Friday officially kicks off on Friday, Walmart already have a bunch of excellent deals live on its website. One of those concerns a Samsung 55" 4K Ultra HD LED TV that's been reduced by almost 50% to $327.99 (down from $599.99). While this TV may not be QLED (a superior panel technology), you're still getting a very powerful machine for your money. And if you do want to upgrade to QLED, then Walmart also has a (slightly smaller) Samsung 43" 4K TV that's down to $497.99. With either option, you'll no doubt be impressed by the quality of the TV.

What more can we tell you about the 55" LED TV? Well, this Samsung set can handle 4K consoles, and will upscale normal HD to 4K thanks to its "powerful UHD engine". The selling point, though, is the great price for a well respected brand who are well regarded for making sold TVs. You can find out more about the TV on the Walmart website.

Not taken by the above TV, or perhaps want to see what else is on offer? Then you're in luck, as we've rounded up all the best Black Friday TV deals available right now.