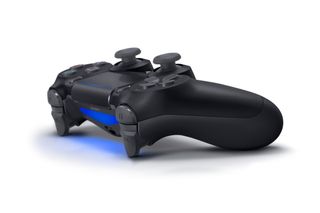 While you can get this £20 saving from Argos – and in a variety of other colours available, such as Titanium Blue, Green Camo, and Magma Red – Currys PC World is also running a pretty rad deal which will let you get a DualShock 4 for just £29.99 plus six month subscription to Spotify Premium! Now that is one of the best Black Friday PS4 deals we've seen so far.

This £20 saving won't last forever, so there's never been a better time to get an additional pad. This is one of the best Black Friday PS4 deals we've seen so far, so get it while you can. Oh, and if you're looking for a DualShock 4 PS4 Black Friday deal in something other than Black and White, then there's also a variety of other colours available, such as Titanium Blue, Green Camo, and Magma Red.

DualShock 4 Controller + Six months Spotify subscription | £29.99 at Curry's PC World
Get your hands a DualShock 4 controller with six months of Spotify Premium thrown in for for free.View Deal

Black DualShock 4 Controller | £29.99 at Argos
Get your hands on iconic DualShock 4 controller in black for this low-low price of just £29.99View Deal

White DualShock 4 Controller | £29.99 at Argos
Pick up a DualShock 4 controller for PS4 in white, an excellent second controller if you want to play with your buddies.View Deal