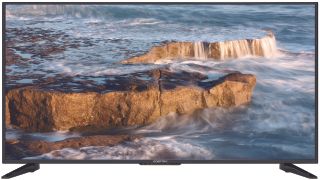 If you're hoping to grab one the fabled last minute Cyber Monday TV deals you're in luck, because of the best discounts of the weekend is still active! If you roll on over to Walmart right now you will be able to get your hands on a 50-inch 4K TV for just $189!

If you are looking for a 4K TV – an essential purchase ahead of the PS5 and Xbox Project Scarlett launching in 2020 – but can'd afford a Samsung, LG, or Sony screen, this could be the next best thing! This is undoubtedly one of the best Cyber Monday TV deals we have ever seen.

You're going to be hard pressed to find a better deal than this – 50-inch 4K TVs for under $200 come but once a season. While we can't speak to the quality of this unit, we couldn't help but put it in front of you given the attractive price point.