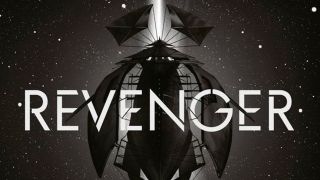 One of the leading lights of British hard SF is dipping a toe into the waters of Young Adult fiction, with a tale of space pirates.

Alastair Reynolds’s latest novel, Revenger, follows teenage Arafura and her sister, who run away from their staid life on a backwater planet and join the crew of a ship skippered by Captain Rackamore. Rackamore is a man who makes his living by flying to “baubles” - booby-trapped worldlets where, for those who know how to get in and out without getting killed or trapped in the process, there are valuable and ancient alien artefacts to be scavenged.

Our reviewer gave the book four stars, saying it’s “by far the most enjoyable book Reynolds has ever written” - high praise indeed!

Revenger is on sale now, but thanks to our chums at Gollancz we have 15 hardback copies to give away. To be in with a chance to winning one, see below!