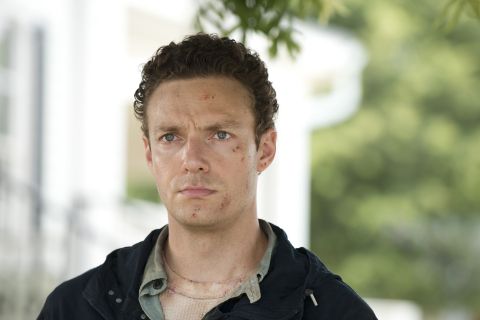 The Walking Dead has had extremely high standards the last couple of years, so when a duff episode comes along it's all the more noticeable. “Now” isn't the show's worst hour (I think we've almost forgotten how much of a slog season two was...), but in terms of importance to the ongoing narrative this felt rather like Lost's “Stranger In A Strange Land” - aka The One With Jack's Tattoos.

Do you like the Alexandrians? What's that - you feel entirely ambivalent about them? Well, here's an entire episode dedicated to helping you get to know them better! Witness such exciting scenes as Denise the doctor having a crisis of confidence, some douchey guys stealing food and Carl getting into a punch-up with Ron. Yay?

You get the picture. It's not just that “Now” doesn't really move the main story forward, it's that it focuses almost entirely on people we don't care about at the beginning and still don't care about at the end. Sure, Jessie finally gets some more screen time, but it's counter-balanced by Deanna doing little more than pulling her best crazy-face and Ron moaning on about Enid. Denise is probably going to grow into a likeable character, and there's the first hints of a romance between her with Tara, but at the moment she's just another miserable face in a sea of miserable faces. This is an episode that really needed an injection of either Carol's snark, Eugene's dry wit or Daryl's sass (I'm sure there are plenty of viewers who think that every episode should feature an injection of Daryl…) to liven it up.

All that said, Aaron and Maggie setting out to find Glenn was a welcome development, even if it did end inconclusively. They've both been underused of late, and Ross Marquand is one of the more appealing of the newer cast members. The revelation that Maggie is pregnant fell a little flat – it was hinted at earlier in the season – but they're both good actors and the sequence with the water-logged walkers was fantastic. All credit to Greg Nicotero and his team for continuing to find ways to make the zombies on this show so excitingly repellant. As for Glenn, well they're clearly planning to drag this one out...

Last week's episode “Here's Not Here” proved divisive. I'm still not convinced it was a work of genius, as others have suggested, but it did at least have style and something to say. “Now” is shorter and has more going on, but felt longer. For the first time in a while The Walking Dead was skippable this week.

Well, he didn't run into camp screaming for his hand to be amputated, so I guess that injury a couple of episodes back didn't infect him after all...

The zombie that Jessie found in the house provided a classic jump scare – and a chance for her to step up and fight back.

The Walking Dead's episode titles really are the most generic on television. “Now” follows in the tradition of “Remember”, “Us” and “After”. I'd say that they're drifting close to just running single letter titles, but they already did that with “A” back in season four.

“I want to live. I want this place to stay standing.” Deanna, in a nice callback to “Try”.