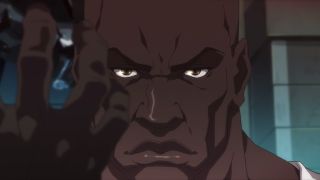 Just a few short weeks after his debut on the Overwatch public test realm (and in a slickly-animated trailer), Doomfist has arrived in full force. The villain is now live across all versions of Overwatch, and is available in all modes.

The patch that unlocks Doomfist also brings with it several other changes to Overwatch that players should appreciate. For one, Blizzard says it has "drastically" reduced the number of duplicate items you'll receive from loot boxes, and you can now create your own highlights.

Beyond that, the recent patch contains your usual assortment of bug fixes and balance changes. You can read the full Overwatch patch notes via Blizzard.

If you're looking to get a handle on this new character quickly, here's a breakdown of Doomfist's abilities, as well as a gallery of all Doomfist skins.