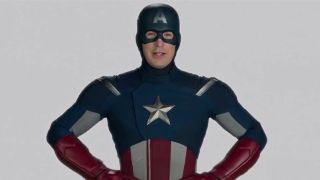 Want to complete your MCU collection? There's never been in a better time to do it. Hidden away among the incredible Amazon Prime Day game deals on offer are some Hulk-sized discounts on the best superhero movies ever. Whether you want to re-live RDJ's run on the Iron Man series or have a hankering to follow America's Ass all the way through the Captain America trilogy, or even Spider-Man: Into the Spider-Verse (it's still technically Marvel) it's all available down below - including both US and UK-specific region deals.

Of course, with this being Prime Day, you'll have to act fast. Running until July 16, and with the question of stock up in the air (once they're gone, they're gone), there's only so many hours for you to grab these deals - so why not now? Unless you have the Time Stone handy, there's just over 24 hours left to grab these Marvel movie Amazon Prime Day deals. Make sure you have your Amazon Prime membership at the ready, too. Without that, you aren't getting a deal, no matter how hard you try.

So, scroll on down below. Some of the best Marvel movie Amazon Prime Day deals are around for a limited-time only. My recommendation? If you're in the US, then you can't go wrong with 67% off on 4K Spidey, and across the pond the pick of the UK deals at the moment looks to be the Homecoming Blu-ray for under £5, though check below for the choicest picks of all the Marvel Amazon Prime Day deals on offer.