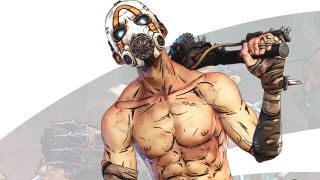 The Borderlands 3 Stadia version is out now, and it has some key differences from its console cousins - but probably not the kind of upgrades that early Stadia adopters were hoping for. Publisher 2K Games confirmed on the game's official site that Borderlands 3 will run a little behind on Google Stadia: it includes all the updates and fixes for the game that were made available on other platforms as of October 24, but none after that. The company says it aims to "achieve feature parity for all versions of Borderlands 3 early in 2020", but for now, Stadia players will be running an older version.

That disparity extends to bigger new additions, as well: the Takedown at Maliwan's Blacksite came to Borderlands 3 in November after the Stadia version's cut-off date, so it will be a bit before you can try your hand at the Borderlands answer to raids. The first paid DLC for Borderlands 3, Moxxi's Heist of the Handsome Jackpot, will come to Stadia early next year. So you're waiting for now, but at least you won't have to wait to install the updates or DLC once they finally do arrive - they'll all drop straight into Stadia's machines with no interruption on the user's end, as promised for the service.

Unfortunately, some Borderlands 3 Stadia players are reporting disappointment with other parts of the service. This Reddit thread full of disgruntled Stadia owners states that the game only runs at 30 frames per second, rather than the smooth 60 frames per second that the Stadia service is supposed to support, but others report playing at 60 just fine. It could be dependent on network conditions, but hopefully it will all even out soon. Borderlands 3 had a number of performance issues on all of its platforms even as of late October, so the Stadia version having a few hitches isn't outside the realm of possibility.

There is a bright side to the disparities: if you don't like any of the balance changes that Gearbox has made to Borderlands 3 in the last two months, you can treat the Stadia version like a pre-nerf time capsule. Maybe don't rush on that feature parity, Gearbox?

While you're waiting for the new year to begin, check out our picks for the 100 best games of the decade.