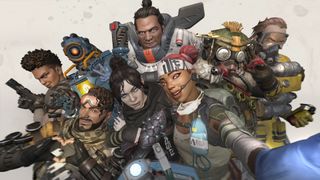 The latest Apex Legends patch notes (3.1) are here, and they're bringing duos modes with them, so hit up your friend that's most competent with a VK-47 Flatline and join the fray. Duos is a temporary game mode that will be available from November 5 to November 19, replacing the Halloween-themed Fight or Fright mode that pitted Legends against fallen Legends called Shadows.

A few weapons have been adjusted in the latest patch notes: the Wingman's headshot multiplier has been slightly nerfed and several weapons have received a change to projectile collision, making them easier to hit with. The weapons that now have an increased projectile width are the Mozambique, EVA-8 Auto shotgun, Peacekeeper, L-Star, Longbow DMR, Kraber, and G7 Scout. The patch notes also address some quality of life issues, added a firing range for some practice, and fixed some bugs. Check out our summary of the latest Apex Legends patch notes below.

What better way to train for a rousing duos session than in the new firing range? From the Apex Legends lobby you can select the firing range to play around with different Legends, weapons, and items. You'll be able to enter the range solo or with an entire squad and you can swap between Legends while you're in the range to get a better feel of their abilities and ultimate. The full range of loot items will be available, as well as some target DUMMIES to fire at. The firing range is a much-requested addition to Apex Legends that will help newcomers get a better feel for its gameplay while letting seasoned vets try out new methods and weapons.

The 3.1 patch notes have brought quite a few quality of life upgrades to Apex Legends, starting with the Daily Challenges. Now the trio of challenges will offer one easy, one medium, and one hard challenge for you to complete each day (which is a lot better than the other day when two of my challenges required me to finish in the top three).

Check out the rest of the quality of life upgrades below: